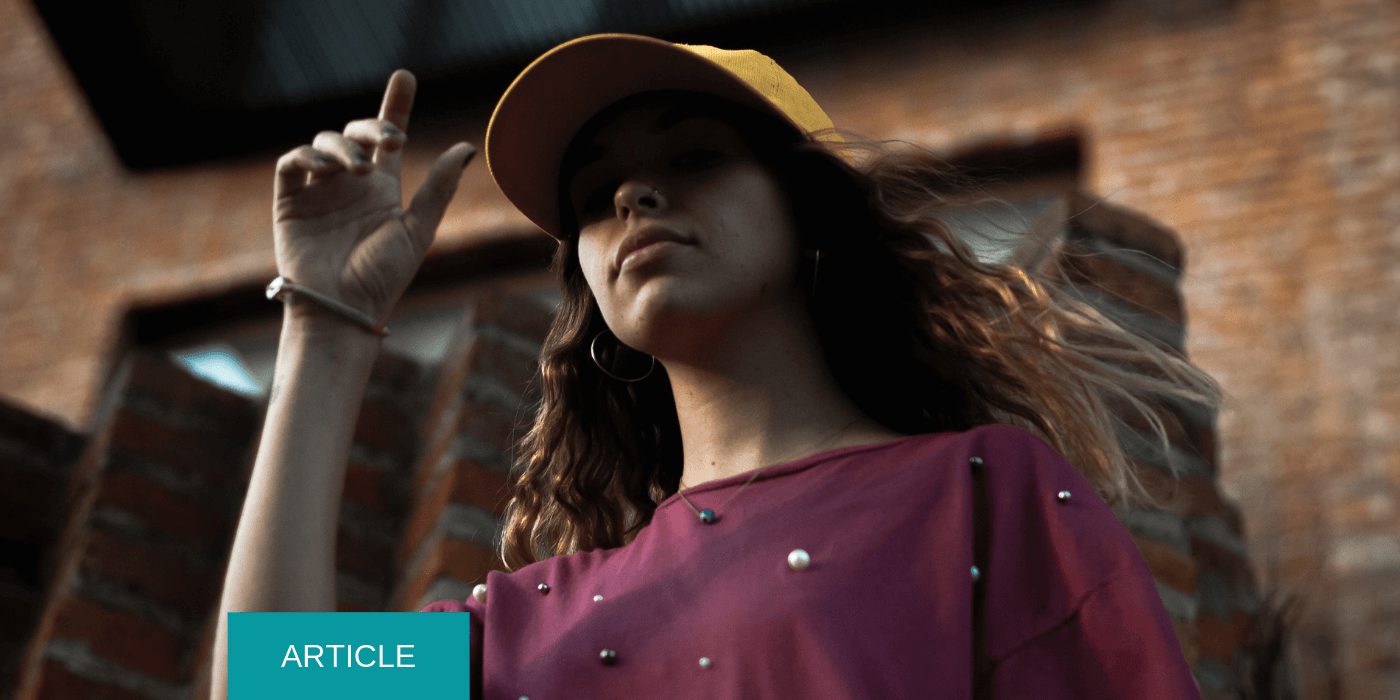 As a social work educator trained as an education researcher, my understanding of the work of practitioners in schools and other community settings is informed by a number of conceptual frameworks. My practice career as a school social worker and my identity as a Latinx/Diasporican scholar have also informed the research questions I have pursued. Conducting research on racial justice initiatives in the field of child welfare, I have been interested in strategies for supporting the development of skills for culturally responsive practice, deepening engagement and improving outcomes with youth from racially and culturally marginalized families and communities. In this essay I reflect upon key concepts that have emerged in my work that offer insight into how teachers and social workers can strengthen their ability to address racial disparities in their practice.

Early in my academic career, I studied Latino youth and their experiences of teacher caring in schools (De Jesús, 2005; Antrop-Gonzalez & De Jesús, 2006). Drawing upon the literature on caring in education, I synthesized a body of theory that argued marginalized students engage with and respond to educators who authentically care about them rather than with educators who subscribe to a notion of aesthetic caring – the idea that students must demonstrate that they care about learning first (by exemplars of academic performance) in order to gain the recognition of educators. Angela Valenzuela, in her book Subtractive Schooling: US and Mexican Students and the Politics of Caring (1999) asserts that a prerequisite for Latino students to engage in learning is that teachers convey they care about them as individuals and are affirming of their identity. Emerging from this analysis, my colleague Rene Antrop-González and I advanced the term critical care to describe the nature of relationships that teachers developed with students. Based on our research in two Latinx high schools we asserted that teacher caring behavior was rooted in a critical analysis of the learning conditions confronted by marginalized youth and unlike teacher caring behavior motivated by pity (Ay! Bendito caring),[1] critical care was characterized by an emphasis on high academic expectations and the provision of academic and interpersonal support. Critical care provided a deeper understanding of the nature of motivations and relationships between teachers and marginalized students (Antrop-González & De Jesús, 2006).[2]

More recently, my research has focused on understanding strategies to support professionals in the field of child welfare to enhance their knowledge and skill in working with youth and families of color with the goal of reducing racial and ethnic disproportionality.[3]In social work and many other professions, this work, historically, has been organized under the construct of cultural competence. Cultural Competence refers to an integrated knowledge base and skill set which enables professionals to work respectfully and effectively with individuals, families, and communities from diverse cultural and linguistic backgrounds (De Jesús, 2012).[4]Cultural competence has been operationalized as supporting practitioners in developing: (1) awareness of their own cultural values, biases, and position in established power structures and the impact of these relationships with clients, (2) knowledge of diverse people, their needs and attitudes; and (3) skills to implement culturally appropriate interventions (Sue & Sue, 2003,Danso, 2016).

A number of critiques of cultural competence have also been advanced – focusing on the neglect of structural or critical theoretical analysis that illuminates unequal power relationships and the functions of social control enacted by professionals (Ortega & Faller, 2011; Garran & Rozas, 2013; Danso, 2016). This gap contributes to misconceptions about culture and stereotyping which may encourage a false sense of confidence in workers about their knowledge of the cultural identities of racialized groups(Ortega & Faller, 2011). In addition, use of the term competence is problematic in that it is often misinterpreted to convey the false idea that mastery of a culture can be achieved through the acquisition of knowledge or attending specialized trainings (Tervalon & Murray Garcia, 1998; Ortega & Faller, 2011; Danso, 2016). Acquisition of knowledge is a necessary but insufficient condition to work effectively with children and families of color. As Tervalon and Murray Garcia (1998) observe, “an isolated increase in knowledge without a consequent change in attitude or behavior is of questionable value” (p. 119). They introduced the concept of cultural humility to invite their fellow physicians to develop the flexibility and humility to “say when they truly do not know” and to access resources to enhance their practice. They also sought to address power imbalances in the patient–physician relationship through “life-long commitment to self-awareness and advocacy in addressing health disparities” (p. 118).

A growing body of scholars suggest that our professional emphasis on knowledge must be accompanied by a change in attitudes toward people of color and immigrants in ways that enable practitioners to partner with individuals and families in understanding their cultural identities. In this regard, Hook and colleagues (2013) define cultural humility as the “ability to maintain an interpersonal stance that is other-oriented (or open to the other) in relation to aspects of the identity that are important to the [Person]” (p. 2). This emphasizes the concept of intersectionality — the idea that multiple identities intersect to create a whole that is different from the component identities. These identities that intersect include gender, race, social class, ethnicity, nationality, sexual orientation, religion, age, mental disability, physical disability, mental illness, and physical illness as well as other forms of identity. Intersectionality theory proposes that we think of each element or trait of a person as inextricably linked with all of the other elements in order to fully understand one’s identity (Crenshaw, 1995; Collins, 2015). Ortega and Faller (2011) advance an intersectional cultural humility perspective that argues “intersecting group memberships affect people’s expectations, quality of life, capacities as individuals and parents, and life chances.” (p. 43). They further articulate a framework for racial equity practice, observing that it is the responsibility of the worker to bridge differing perspectives by employing four distinct cultural humility skills (active listening, reflecting, reserving judgment, and entering the client’s world) which have found support in the social work literature but are especially important in enacting culturally responsive practice (p. 37).

With colleagues from New York City’s Administration for Children’s Services I studied the impact of a Racial Equity and Cultural Competency Case Consultation Model utilized to assist preventive service providers in developing and refining their awareness, knowledge and skills to address racial disproportionality in their work (De Jesús et. al. 2016). This model, which is a form of group supervision, supports practitioners to present cases in order to discuss dynamics of race, class, gender, sexual orientation and their (reciprocal) influence on the case. Facilitated by an experienced clinician, the model asks the presenter to discuss at length his or her own intersectional identity including those of other members of a team working with a family before discussing/presenting the identified case. In this regard, how the identities of the worker and other members of the team may influence decision making is considered an integral part of the case being presented. This model enables workers and facilitators to interrogate racial power dynamics as they may play themselves out on the team as well as defensive strategies utilized by both whites and people of color when discussing thorny issues of race and identity.

The qualitative component of our study found that participants in the model reported enhanced understanding of interpersonal racism, one’s own bias and assumptions, and the subtleties of racial power and privilege within professional relationships. Study participants described enactment of the skills of reserving judgment and entering the client’s world in compelling ways. These findings, while limited, suggest that approaches to professional development that foster self-awareness of one’s own identities, power, and privilege may support changes in practitioner attitudes and over time. In addition, the opportunity to engage in supportive and critical supervision to reflect upon how these identities and our experiences shape our implicit bias is an essential component of culturally responsive practice. In his seminal work The Reflective Practitioner, philosopher Donald Schön(1983) advanced a discussion of reflective practice as reflection in action and reflection on action. Schön invited us to develop the ongoing capacity to examine our motivation and behavior as professionals as we practice, as well as to do so after we act (which also prepares us before we act). The concepts of critical care, cultural humility, and intersectionality inform an evolving framework as to how reflective practice influences culturally responsive practice. The racial equity and cultural competency case consultation provides a promising structure and process for reflecting on action in order to strengthen our ability to reflect in action.

[1]Ay! bendito is a Spanish term which translates as “blessed be” and is used as an expression of pity.

[2]While I have not yet done so, I have become interested in exploring the scientific literature on emotions like empathy and sympathy as it relates to motivation as a way to deepen this explanation informed by evidence.

[3]Racial disproportionality refers to the under or overrepresentation of a racial or ethnic group along the child welfare continuum (e.g., prevention, reporting, investigation, service provision, out-of-home care, permanency) relative to its percentage in the total population (Child Welfare Information Gateway, 2016).

[4]This also extends to institutional and organizational policies and practices that support the reduction of health and mental health disparities through improving patient–provider communication, workforce diversity, and community engagement (De Jesús, 2012).

Antrop-González, R. & De Jesús, A. (2006). Toward a Theory of Critical Care in Urban Small School Reform: Examining Structures and Pedagogies of Caring in Two Latino Community Based Schools: The International Journal of Qualitative Studies in Education. 19(4): 409-433.

De Jesús, A. (2005) Theoretical Perspectives on the Underachievement of Latino Students in US Schools: Toward a Framework for Culturally Additive Schooling. In Pedraza, P. & Rivera, M. (Eds.), Latino Education: An Agenda for Community Action Research. Mahwah, N.J. Lawrence Erlbaum Associates. 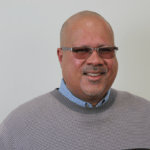 Tony De Jesús is an Associate Professor in the Department of Social Work and Equitable Community Practice at the University of Saint Joseph in West Hartford, CT. Originally from the Bronx, he received his MSW at the Boston University School of Social Work and was a school social worker in Boston prior to earning an Ed.D. at the Harvard Graduate School of Education. He previously served as a researcher and administrator at the Centro de Estudios Puertorriqueños and on the faculty at the Silberman School of Social Work at Hunter College. He is conducting a study of the Connecticut Department of Children and Families’ Racial Justice Initiative.